i wanted to introduce myself. my name is Patrick and i have a 2003 Suburban. i am on a couple other chevy/tahoe/suburban boards, but i just recently found this one. of course i don't have a tahoe, but in many regards my suburban shares a lot of the same characteristics so i'm sure i can learn some things here just as well.

we bought it from a dealership back in March with 60k miles for $12k. it was owned by an older couple that only buys/owns Suburbans. they replace them every couple years. it was in perfect condition inside and out. not a scratch inside or out. the color was not our first choice, but it has grown on me quite a bit, and after some of the upcoming mods are done, it will really stand out.

this was a day or two after we bought it 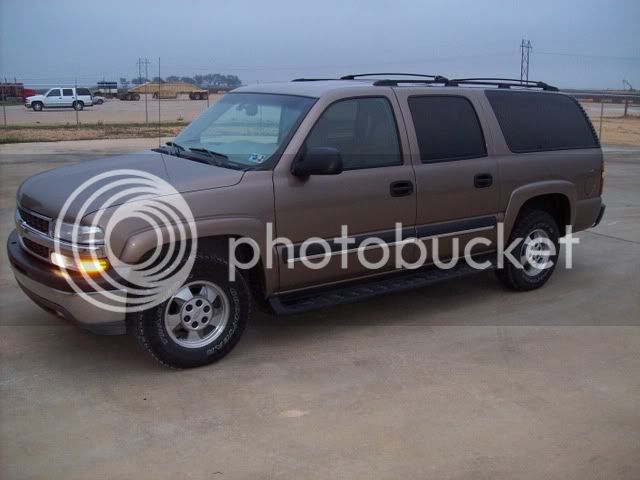 i am not one to leave vehicles stock (i am a Jeep owner afterall), so it was only after 2 months of ownership that i collected some parts to do a little lifting. this burb is my daily driver and family hauler (wife and son), so unfortunately i could not do as much lift because while i'm 6'5" and have no problems getting in and out, my wife would kill herself trying to get in if it was any higher.
i decided to go with the Ford t-bar adjuster keys and Suspension Maxx 1.5" rear coil spacers with extended length KYB Monomax shocks. i was wanting to add a 3" body lift, but as mentioned above, that would've just been pushing it.

Ford keys - good for at least 3" of lift up front 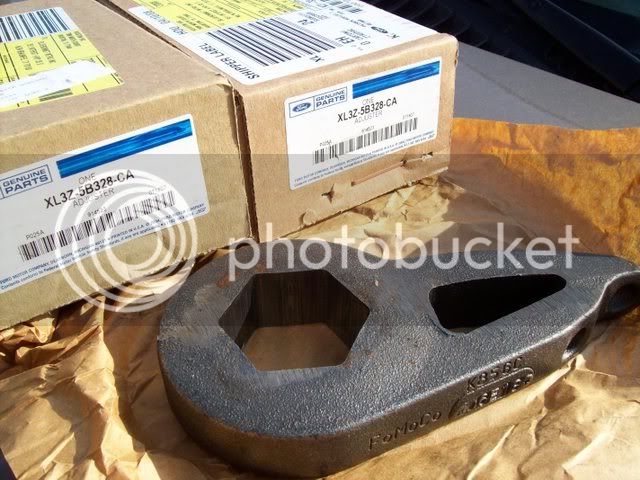 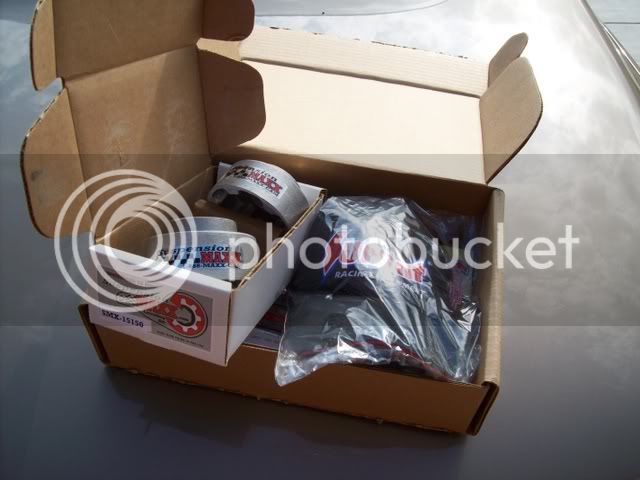 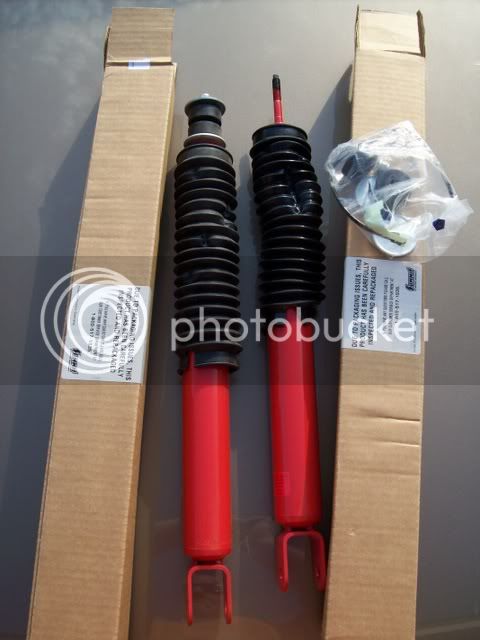 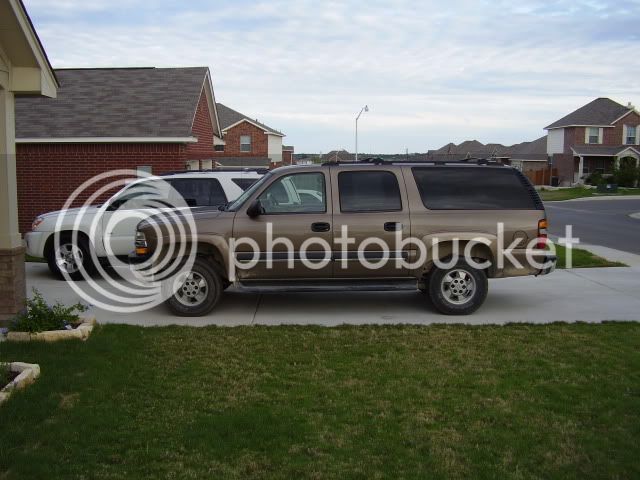 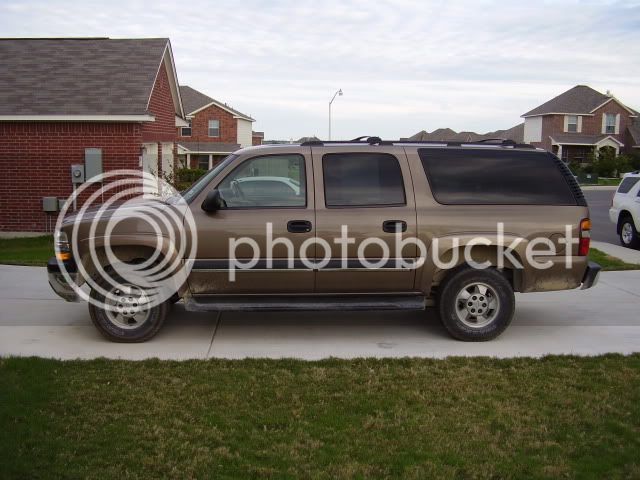 i gained 3.5" of lift up front, so combined with being 2" lower stock, and adding the 1.5" spacer in the rear, it is level front to back.


between the lift and the stock tires being worn out, it was definitely time for some new rubber. i was wanting to hold out for the new style BFG MT KM2s, but the tires were getting dangerous and were not going to last long enough for them to come out in the size i needed. i went ahead and got the regular BFG MTs which i have run on one of my Jeeps and love, so there was no question there.
they are the 285/75r16 which is basically a 32x11.50r16. just about as close to a 33" tire i could get in the BFG MT while running them on the stock wheels for a while. 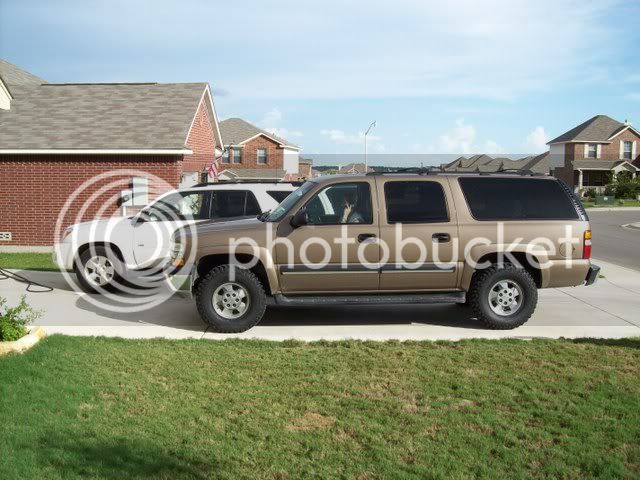 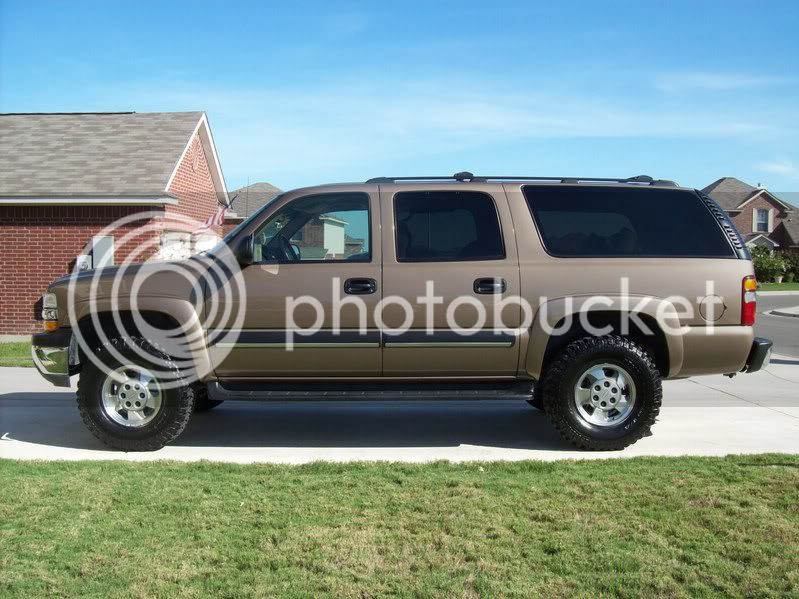 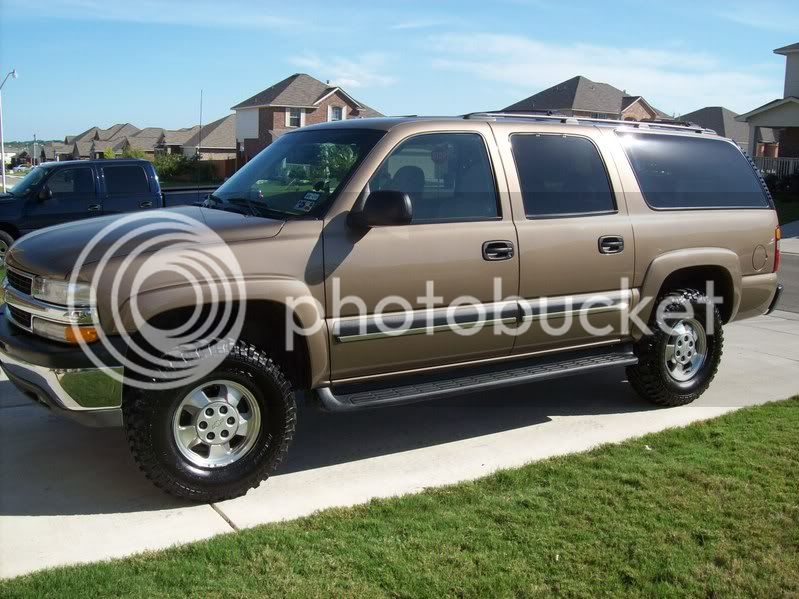 that is how it sits now. i will be adding some AR Predator rims 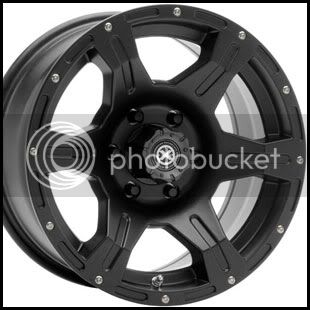 and some N-Fab steps to replace the plastic factory steps. i could do without steps at all, but no one else that rides in this could.
i would like to swap on some bumpers (ARB or Buckstop), but i'm not sure that is going to happen. at very least i would like to throw a simple light bar on the front and powdercoat the stock bumpers black.

i hope to get started on the stereo at some point. i have the amps and sub, but need to figure out the headunit and speakers.

i really wanted to add a 3" body lift (not too in to body lifts, but a good solution for a suburban) to run some 35"s, but i think the ~33s and this height will be just fine....not to mention i would not even be able to fit in the parking garage at work if i was any higher.
Last edited: Oct 6, 2008 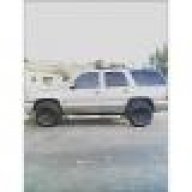 thanks! factory ride...other than having a higher center of gravity of course. the actual ride characteristics are the same though. i would recommend the mod to anyone.

Yeah I've been thinking of going in this direction, its easy, cheap, plus you can't beat the look you out of it. In my 94 I just cranked the keys, got some lift but not too much, gotta watch the cv angles.

LOOKS AWESOME!!! , but i actully like the stock rims over the new ones, but that may change after seeing them on there. IM not a black rim person. I like crome or stock. 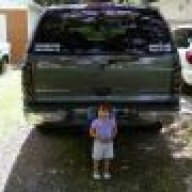 Nice looking Suburban ya got there. Glad to see I am not the only Burban owner posin in the Tahoe forums.

Speaking of forums, what other ones were/are you on? I would like to know.
T

yukondoit said:
Yeah I've been thinking of going in this direction, its easy, cheap, plus you can't beat the look you out of it. In my 94 I just cranked the keys, got some lift but not too much, gotta watch the cv angles.
Click to expand...

mine is 2wd...no cv angles
this is just for pure looks.


Rollin Thunder said:
LOOKS AWESOME!!! , but i actully like the stock rims over the new ones, but that may change after seeing them on there. IM not a black rim person. I like crome or stock.
Click to expand...

i don't like THESE stock rims. there are some that i do like, but not these. there are some i've seen that i like so much i would powdercoat black vs buying aftermarket rims. i'm also not much of a chrome person; of course it depends on the color of the vehicle. i do LOVE black accessories, esp. black rims. i am also looking at the Pro Comp 7089s (black of course) 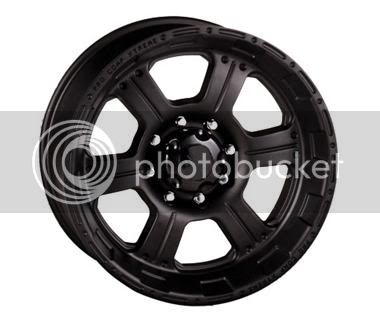 (one of my Jeeps...for further explanation of my love for black) 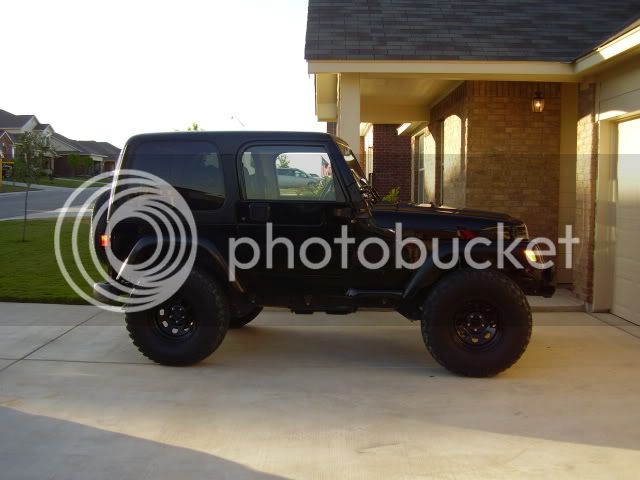 Sepiroth said:
Nice looking Suburban ya got there. Glad to see I am not the only Burban owner posin in the Tahoe forums.

Speaking of forums, what other ones were/are you on? I would like to know.
Click to expand...

www.Z71tahoe-suburban.com
www.fullsizechevy.com (i think that's the name)
and some other one that i never get on because it is slow. 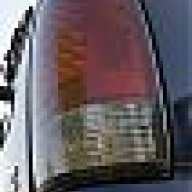 GMfullsize.com is another great place. Here and gmfs is where i spend my time.
B

Welcome to the site dude :cheers: Plenty of jeep owners on here too, gotta have something to pull them to the trail with right? You have a good philosophy with sticking to a crank and body lift, these ifs trucks aren't really worth lifting imo unless you really cut some sh*t up and sas it like one of the ORU burbans

Body lift with those 7089 pro comps on some 35x12.50x17 KM2's would look killer. Check out http://cognitomotorsports.com/store/GM_6-Lug_SUV.html for some gnarly steering upgrades too, specifically the pitman/idler braces (I'll be installing these along with some DOM tierods on my lowered truck for good measure). 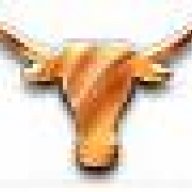 Welcome aboard! Truck looks pretty clean. Stick around and enjoy the site and cool people here. 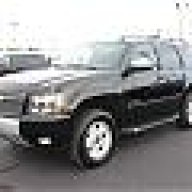 TXST8tj said:
www.Z71tahoe-suburban.com
www.fullsizechevy.com (i think that's the name)
and some other one that i never get on because it is slow.

Z71ts is definitely the best Tahoe/Suburban forum out there IMO. I'm over there most of the time.
You must log in or register to reply here.

Sep 28, 2022
Carolinabrown
C
B
Crank no start after a longer than normal start