LAS VEGAS â€“ During the heyday of the muscle car, three digits struck fear into the hearts of challengers who found themselves unlucky enough to sidle up next to a Chevy wearing the badge â€œ427.â€ The badge is back on the Silverado 427 â€“ a concept vehicle that demonstrates a tangible extension of the new Silveradoâ€™s performance parameters.

The Silverado 427 is powered by GM Powertrainâ€™s 7.0-liter LS7, the same Gen IV small-block V-8 that is the center of power in the Corvette Z06 and available as a â€œcrate engineâ€ package from GM Performance Parts. Its cubic-inch displacement is 427. A six-speed manual transmission backs the engine, providing the driver with full control of the vehicleâ€™s substantial capability.

â€œThereâ€™s hardly a more legendary â€“ or menacing, depending on your point of view â€“ moniker in the world of performance than â€˜427â€™,â€ said John Cafaro, chief designer for full-size trucks. â€œThe Silverado 427 concept delivers on the expectation of that revered badge with performance that equals or surpasses the original.â€

More than just a pickup with a more powerful engine, the Silverado 427 is a total performance package, with a lowered suspension that delivers racecar-like reflexes and an exterior styling package that is simultaneously aggressive and understated.

â€œThe regular cab, short box body style of the Silverado 427 was a deliberate choice, because it represents the essence of elemental performance: filling the smallest, nimblest body and chassis with the most powerful engine,â€ said Cafaro. â€œIndeed, all elements of this concept are simple and minimalist; it is equipped only with the components necessary to convey its performance.â€

This means a traditional rear-drive layout for the Silverado 427. There is no all-wheel drive or electronic traction enhancers. Luxury features also were kept to a minimum, as the vehicleâ€™s focus was kept squarely on performance.

Fitting the LS7 engine into the Silveradoâ€™s engine bay was relatively simple, because it is based on the same Gen IV small-block V-8 family as the Silveradoâ€™s regular production V-8 engines â€“ and is available as a â€œcrate engineâ€ package from GM Performance Parts. A custom-fabricated air intake system was designed for the Silverado 427, adding not only a necessary air path for the engine but also some underhood distinction.
The LS7 is rated at 505 horsepower and 470 lb.-ft. of torque, and is built with lightweight reciprocating assembly components and other design features that have their roots in the Corvette racing program. In fact, the LS7 uses a racing-style dry sump oiling system that ensures optimal engine oiling during all driving and cornering maneuvers. Engineers had to make room under the Silveradoâ€™s hood for the LS7â€™s external oil supply tank.

The Silverado 427â€™s LS7 engine is backed by a Tremec heavy-duty six-speed manual transmission, which transfers torque to GMâ€™s automatic locking rear axle. Itâ€™s fitted with 3.73 gears, which multiplies the torque of the LS7 to provide muscle car-challenging acceleration. The six-speed transmission has a steep, 3.01:1 first gear, which contributes to a tremendous performance at launch, while two overdrive gears balance the Silverado 427â€™s performance with fuel economy that first-generation 427 drivers could only dream of.

Complementing the drivetrain is a set of 22 x 10-inch five-spoke aluminum wheels mounted to wide Pirelli Scorpion 305/40ZR22 performance tires, which do their best to maintain adherence to the Tarmac as the LS7â€™s revs climb. The tires are the contact points for a performance-tuned suspension that used Ground Force custom front and rear lowering springs, front struts and rear shocks. The lowered suspension helps the Silverado 427 corner flatter and with more precision, while also giving the vehicle a â€œjust rightâ€ performance stance. A set of Baer disc brakes, with six-piston calipers and 16-inch-diameter rotors, provides the stopping force for the vehicle.

Powerful design â€“ inside and out

Complementing the Silverado 427â€™s performance is a thoughtfully designed exterior that deftly incorporates high-performance styling cues in a restrained manner, giving the truck a look that is unmistakably aggressive yet respectful of its minimalist performance ethic. The design incorporates numerous changes compared with production Silverado models, including new front and rear fascias, hood, cowl, tailgate, tonneau and body-side cladding.

Many of the design elements are subtle, such as the tight body cladding â€“ which incorporate polished billet side-exit exhaust outlets â€“ and shaved door handles. Other elements immediately draw the eye; the most prominent of these being the dramatic hood scoop. It was designed as a contemporary interpretation of the famous Corvette â€œStingerâ€ hood scoop, which identified 427-powered Corvettes of the mid-1960s. And like the original Stinger scoop, the Silverado 427â€™s hood scoop is emblazoned with the â€œ427â€ numbers and a complementing accent color over the Laser Blue exterior color.

The grille, fascias and tailgate all are designed with a performance-oriented, streamlined appearance. The doors are opened via an ITW Active Touch.

Inside, the Silverado 427 is outfitted with Corvette seats that have been covered with custom Soliel Keisel leather upholstery and equipped with three-point racing-style harnesses. The perforated, black leather seat coverings have blue inserts. Between the seats is a custom center console that incorporates the shifter and houses a set of billet-face instruments. Other details include a revised instrument panel, with billet inserts and trim. 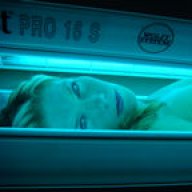 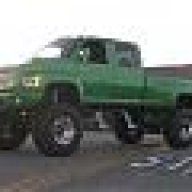 That would be an awesome truck. I doubt they will make it though. I kinda took that idea, and made my own with it.. but its in my 98 chevy and its not a big block. its a lq9 6.0
P

I think it will be one of the powerful truck, I would love to see that Chevy truck parts and check the specs.
Last edited: Aug 6, 2011 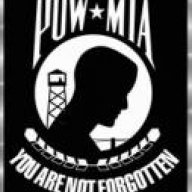 I know this is an old thread but man it would be nice to be able to afford it...lol

Click the link below for one that is absolutely wicked...

Save Time & Money with an Exhaust System Kit