Thinking about "seafoaming" the Yukon... any reasons I should be concerned doing this at 230,000 miles? I've only had this Yukon about 2 months, so I don't know if this, or anything similar has ever been done. I don't wanna do this if it could possibly create be a problem.
K

CORRECT ME IF I'M WRONG but, I dont see why it would hurt your yukon anymore than mine at 105,000 miles. Like someone above said about using it in the crankcase may be kinda sketchy but if you are about to change your oil it shouldnt matter much in there for a few hundred miles or so...That is up to you but I tried it in my Legend with 180,000 miles and it definately made a difference.

How does your truck run with that many miles on her??? I'm just curious because I've only had my truck since November and that is one of the main reasons why I bought my Yukon because every dealership I went to had tahoes/yukons with wayyyy over 200,000 miles and ran perfectly fine no apparent problems... So when I found my 97 with 99k I was in shock for the price and had to buy it. Good luck with the seafoam and let us know how it goes if you decide to do it.

One other thing, when I went to Checkers to buy my seafoam I asked the guy working there what he thought about seafoam/ what he has heard, and he said he hasnt heard much about it good or bad, but people swear by it for their boats...I'm assuming when they take them out of storage and all. Any thoughts on that? He didnt seem to impressed with it. Maybe people dont really know about it in the general public I guess? Who knows... 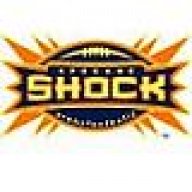 I would have to say that at 230k miles, your engine is ripe for a seafoam treatment.

KJLegend, When I bought a can of seafoam a little over a year ago, I had to ask the guy at the counter if they carried it. They kept it on a shelf in the back. Nobody ever bought it, and they were about to dis-continue it. When I went back to the same auto parts store last month, they were carrying it on the shelf with other fuel injector cleaning products. The guy said they were having a hard time keeping it on the shelf. I guess that this stuff is gaining popularity. I have yet to hear from someone who has used it and had adverse affects on their engine.
J

so i picked up a can of this to do before oil change and i happened to mention it at work and a bunch of the guys laught at me. telling me i was going to cause more harm than good. now my hoe runs good just a slight rough idle which is why i got it. i got 140,000 on the clicker and the past owner took better maintiance then i ever could. what's your thoughts?

For your rough idle, have you done a complete tune-up on it? That may take care of the idle problem.

As far as your co-workers are concerned, what do they do for a living? If they are not professional mechanics, you can pretty much dis-regard what they say. Most of the people I work with still think that synthetic oil is snake-oil, and is a waste of money, so I'm not surprised that they don't know what seafoam is. 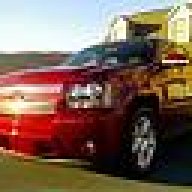 I have a new hoe so I'm not due yet. I heard that you may foul your plugs due the release of all the junk.

I noticed mention of doing it before a plug change just in case. Anyone have that happen? 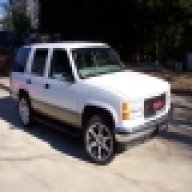 I used it a couple weeks ago on my 97 with 186k that i just bought. Used 2/3 can through booster vacuum and the rest in the tank. Also sprayed the throttle body with the spray can. Shortly after i got a misfire cylinder 8 code. Narrowed it down to the fuel injecter. Drove it another week to see if the injector might work itself out(no luck). So a couple days ago i changed the injector spider out. Once i took the upper manifold i could see what the spray foam does due to my truck being parked on an angle when i cleaned it.

I can say since changing the injectors this truck runs like it has a new engine. I'll have to respray the intake down in a couple weeks on level ground but i was amazed at how clean the spray had got it.

Tahoe07 said:
I have a new hoe so I'm not due yet. I heard that you may foul your plugs due the release of all the junk.

I noticed mention of doing it before a plug change just in case. Anyone have that happen?
Click to expand...

I've heard that might happen, so I treated mine just before changing the plugs. When I took out the old plugs they looked fine for 10k mile plugs, no fouling at all. It probably depends on how much crap is in there to have to go through the combustion chamber though. 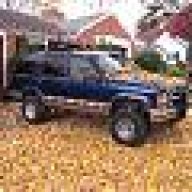 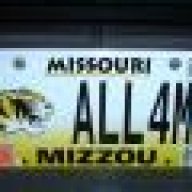 Is It Still Running?

my 97 has 172K on it and i just seafoamed the vacuum thing and after the 15 mins. of smoke i drove it to lunch and at the first stop light i had to giver gas just to see if it was still running it is now so smooth. before i didnt realize it had a rough idle till after and i see how smooth it is now you guys are great what a cheap trick. i will use again

But a piece of advice if any one else out there works or owns there own car lot take the vehicle that you are going to sea foam to another location. my lot is on a busy road and i just pulled the hoe over to the shop and foamed her. big mistake to have all your customers driving buy and seeing a vehicle on your lot smoke like that with u sitting in it rev. the crap out of it. bad for business.
OOPPS. but hey it works LOL!!!!!

One thing Mike mentioned earlier, you may have to change plugs after doing it. Excessive carbon build-up could foul a plug. High mileage hoes may have some ring blow-by, so an oil change might be in order afterward. Another potential problem that has popped up on low mileage Cobras is an ill effect on the O sensors. Not saying that you'll experience any of these problems...just be aware they could happen.

For the Cobra, it gets it once a year. Seafoam poured in a bowl (easier to suck up this way) and vacuumed in thru one of the lines, wait 30 minutes, perform the Seafoam smoke show, take it for a ride until all signs of smoke are gone, install new plugs and then change the oil. 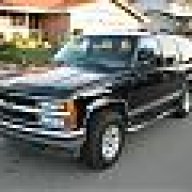 so i've done this twice and the first time i got no smoke at all and the second time there was a little smoke but it stopped right away. did I do something wrong?
K

the only thing i can think of is the first time i waited 5 minutes before starting back up and the second time about 15. i guess it's possible it isn't that dirty, but it is a 96...

I've gotten a fog of white smoke from every vehicle I've used Seafoam on. Not sure why you didn't see much.

Remember, the trick is keeping the Seafoam in the intake and heads. If you crank it too much, you'll end up pushing it out the exhaust. How did you go about getting it in the engine? Let it sit 30 minutes once it's in there. It takes time for it to work....

think i should do it a 4th time or just forget about it for a few thousand miles since i think it runs fine?
Y

Hey guys. After reading this thread from beginning to end, I decided to do the seafoam treatment on my '00 Yukon. The yuke is my daily driver, and has realatively low miles for it's age...just shy of 97K. It has been a flawless truck since I bought it in January of last year. I bought it from a dealership, and they said it was very well maintained. So far, I am thinking the extra $1800 I spent on a 3 year warranty was a waste of money.

I used deep creep to clean out the throttle body first, just to see how much gunk was in there...there was a rather thick layer around the edges of the throttle plate as well as behind it, and some general soot and gunk in front of it.

I wanted to take the thing off completely to give it a really thorough once-over, but got a little scared when I noticed what appeared to be coolant lines running through it. So, I unbolted it and got in behind it as best I could, but there was still alot of gunk around the plate bearings and whatnot that I just couldn't get off. SERIOUS amounts of crud in the air passages (or whatever they are called). That all got put back together without a hitch, so I decided to try the seafoam in the PCV valve and see how much smoke I could get. I let it sit for close to 30 minutes while I cleaned up the engine bay a little bit.

It started rough just like I was expecting, but suprisingly I didn't get as much smoke as I thought I would based on the condition of the throttle body. It smoked pretty heavily for about 4-5 minutes, but after that it was completely gone. I used nearly half the can through the PCV valve, and dumped the other half into the oil per the instructions on the can. I took it out on the highway until the smoke stopped, then stopped by AZ and picked up another can for the fuel system as well as a replacement PCV valve just for the hell of it.

Not terribly noticeable, but the throttle response seems to be smoother. A little power has been restored, but again, someone who didn't drive my truck on a regular basis like I do probably wouldn't notice. No change in idle, but it's always idled at about 500 RPM very smoothly, so I wasn't expecting it to get much lower. My truck makes a ticking noise for about 5 minutes upon startup when it's cold, so one thing that I am anxious to check on is whether or not the ticking will go away with the combined fuel system and PCV valve treatment. We shall see, I'll update in a day or two. It certainly doesn't appear to have damaged anything or made anything WORSE, thats for sure. There was some improvement, but not a whole lot. I expected a 2000 with 97K miles to be a little more coked up than it was, but I'm not complaining, thats for sure! Next step will be an oil change and possibly spark plugs next week. Wires too, if needed. All in all, I am satisfied with the product, and I'm glad that I used it.